Hotel Villa Giusy is in Castellanteta Marina and is the ideal reference point for all those who want to spend a holiday between the sea, nature and the visit of the main most beautiful, historic and cultural tourism destinations od Apulia. Castellaneta Marina is located in the western part of the province of Taranto, in Apulia, in the heart of the Regional Park of the Ravines. Castellaneta Marina is completely surrounded by pine forest of Bosco Pineto, near the fascinating scenery offered by the ravines that run through the inside area. In addition to the clear water and the fine sand, Castellaneta Marina offers fossil dunes of great natural and geological interest.

Matera is a UNESCO World Heritage Site. Historic town characterized by a rich heritage of natural and cultural attractions. It is the city entirely excavated in the Sassi (Stones) : the city of the caves, of the entrenched villages, of the peasant houses carved into the rock, of the rock churches with frescoes, the great Romanesque and baroque churches of Apulia and important noble buildings.

Alberobello is the italian capital of Trulli, Unesco World Heritage site, it is one of the most fascinating, unique and inimitable city of Apulia. Located on two hills, once interrupted by a riverbed: on the eastern hill is the new city with modern architectural features; on the other line up the “trulli”, in an urban area divided into two districts, Monti and Aia Piccola.

Castellana Grotte is a small and original town, characteristic for the presence of the Castellana Caves: a complex of underground karst cavities, of considerable touristic interest, among the most beautiful and spectacular in Italy. Located at the entrance of the Itria Valley, not far from charming villages like Alberobello, Cisternino, Polignano a Mare.

Itria Valley is the beautiful valley that extends in the countryside between Bari, Brindisi and Taranto. A portion of the territory characterized by the presence of historic farms, manor houses, trulli, tracks, dry stone walls and countryside with the red earth and ancient olive trees. A landscape that can be admired from the top of the hills of Cisterinino and Ostuni.

Grottaglie is a town in the province of Taranto, Apulia, known as the “City of Ceramics” or “Grape”. Of great interest are: the old town, with small artisan shops of ceramics from the eighteenth century, the Bishop’s Castle, historic buildings and churches.

Metaponto is displaced in a fascinating archaeological zone. Located in the province of Matera,it stands on the plain where the city itself gives the name, Metaponto, between the rivers Bradano and Basento, and it is one of the most important seaside areas on the Ionian coast of Lucania.

Castel del Monte, a UNESCO World Heritage Site in 1996, is a brilliant example of medieval architecture situated on a hill of the Murgia, in the territory of Andria, in Apulia. Built by Frederick II of Swabia, a man of great culture and genius, the Castle is an exceptional work for the perfection of its forms and the fusion of cultural elements from different times and places. 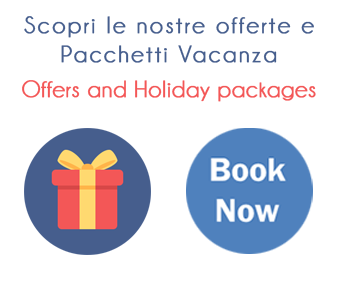 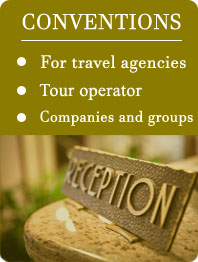